Best Ways to Get a Guy to Ask You Out

“But soft, what light through yonder window breaks

It is the east and Juliet is the sun.”

Sir. Shakespeare might have hit the heart of innumerable ladies via his golden literary works. Literature gets me though, no kidding. If a guy were to ask me out, he could take it as a hint.

But since we are different individuals with different identities, and horizons of interests, each of us have a peculiar thing that we have a soft corner for.

Well, if you are the North Pole and are full of my favorite bands, books and have a sense of intellectuality, then I could be the South Pole, and we could be a thing. Just saying.

But folks, this is real life and not a piece of an artwork, for things to turn out as we want them to. We don’t have control over the things that happen in our lives. But I wouldn’t say that nothing could be done to mend it.

If you’re looking for a magic word, then it’s called EFFORT. Cast this spell and you’ll get what/who you’re yearning for. I’m not catfishing!

So, if romance is what you’re looking for and there exists a guy that your heart is rooting for, you might as well consider casting this spell to get him to like you back. Or else, he might be yours but only in your dreams or your “never-to-be-fulfilled” wish list. Wishing upon a star much? That’s so last season.

I consider you’re totally clueless about how to cast the spell, or in layperson’s terms, how to get him to like you and ask you out on a date. I say, No Worries!

So, what are the best ways to get a guy to ask you out? If that’s what you’ve been thinking about, then this article is for you.

Here’s my share of 5 secrets as to how you can unlock the key to his heart and get him to ask you out, without him even noticing it.

1. Show Positive Body Language to Get His Attention

Don’t underestimate the power of an eye-contact. It works wonders.

Here’s how it works. Try looking at him until he looks back at you, and then look away. Sounds fun, doesn’t it? That’s indicative of the fact that he has your attention.

Also, if you want a new game to be on the run, it’s called “hold-the-stare” game. The rules are slightly different but blatantly simple. In this game, when he looks back at you, keep looking into his eyes and hold the stare. Please make it appear to be as non-creepy as you can.

And then, fiddle with your hair but not like you’re some lunatic who has just escaped the mental ward. You got me, right?

You might as well want to maintain a certain class and elegance. Elegance is the new sexy, girls!

These gestures will make you more approachable and he might as well initiate a conversation soon.

Do let me know when he does. And play the game well.

First, you get him to look at you and then, you get to go out with him. Voila!

You don’t need to wonder anymore about how to get a guy to ask you out anymore. After reading what I just said, I see it’s a win-win situation for you, after all! 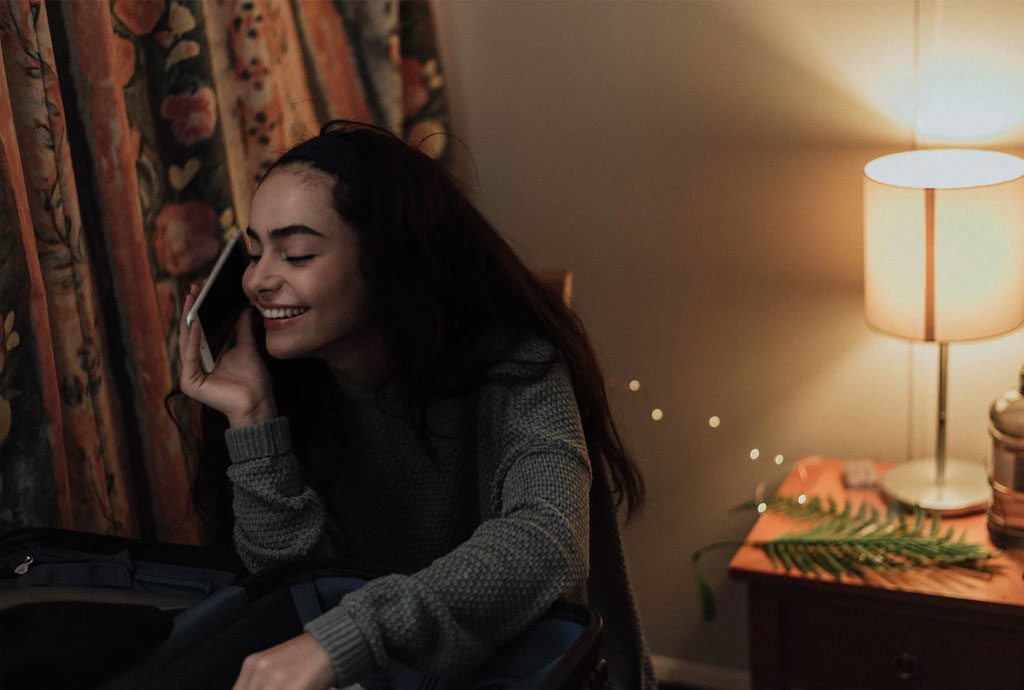 Let confidence shine through you. Everyone loves someone who is confident. Mark my words. I reiterate: it’s confidence, not over-confidence.

Try to hold on to the conversation by flashing a beautiful smile. Look into his eyes and see through his soul. Stand straight and express your opinions and ideas. He’ll instantly fall for you. And who knows? A date might be just next doors!

Also, subtlety and softness are the alluring features that could make a guy’s heart melt into a puddle of mush.

A little teasing or flirting would do you no harm too, but please try not to look/sound desperate.

You shall then successfully make your way through to the next level and depict that you are perhaps, ready for a hangout session.

Make sure you keep it light and steady though.

Remember, how slow and steady wins the race? And apparently, a key to his heart too.

3. Drop Hints That You Are Ready for a Date 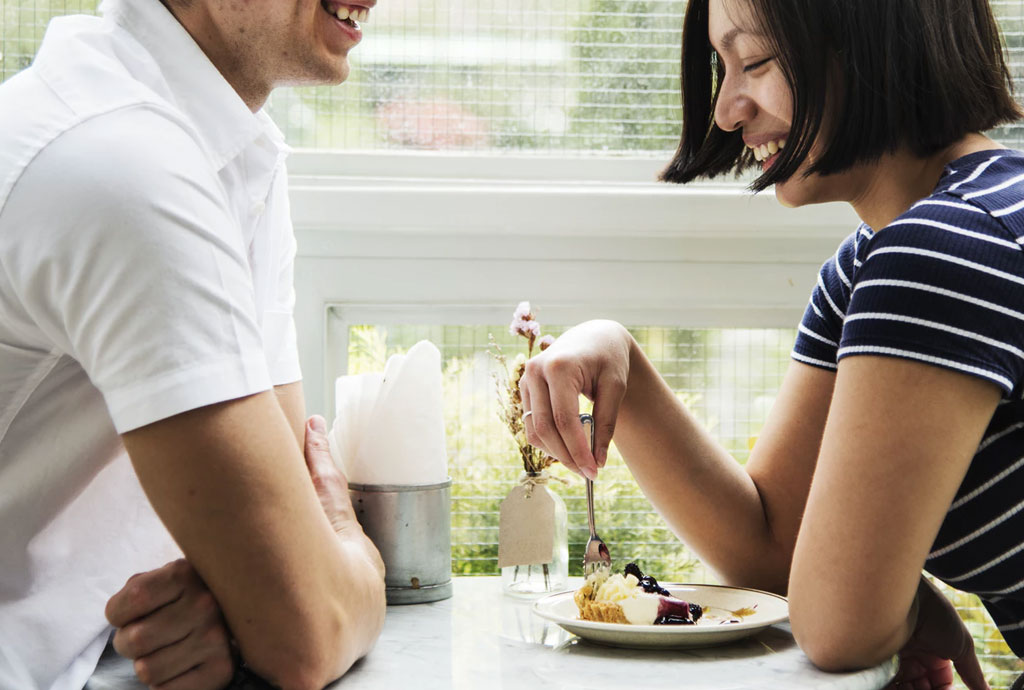 Well, we all have a range of phobias breeding inside our souls that keep us from doing the things that we love doing.

I have had anxiety for a couple of years now. Some days are good and some are worse, and some others even worse than that. So, I know how the chain of fear operates.

Of all the things that we fear, one is the fear of rejection.

What could be the most appropriate way to get a guy to ask you on a date?

If you want a guy to ask you out, make sure that you drop subtle hints which will persuade him into thinking that he won’t be rejected when he approaches you.

Also, it’s quite essential to let him know that you aren’t currently seeing anyone else because a slight hint of you being with someone else would be a major turn-off.

To make things easier, you can invite him to the places you go to and introduce everyone you meet as “My friend”. He’ll get the hint that he has a chance and he might just shoot.

To drop some more hint, ask him where he usually hangs out. Tell him about this new café a few blocks away that has just come into operation, or about your favorite club.

He might see the chance and offer to take you out. Sounds good?

Hello, you! Maybe now is the time to take off the mask in the shelter of which you’ve been hiding for so long.

Ask an actor how great of a feeling it is to play a role that matches with their real-life persona.

We, non-actors, would just do fine being ourselves. There’s no need to wear 100 layers of makeup or revealing clothes or be extra nice just to get his attention.

I find pretense absolutely abhorrent. I’m sure everyone else does too.

As cringy as it might sound or look like, you are beautiful just the way you are. Be yourself. You’re perfect and valuing one’s self-worth and being appreciative of one’s own beauty is fundamentally the most attractive thing one can do. And that might get him to ask you out. Fingers crossed!

On the contrary, if you opt to hide behind a false character who is totally the opposite of what you are, then he will eventually see the real you and might label you as “fake”. How tragic would it be? Well, from a modern day Tinderella to high-school’s Regina George, that could escalate quite quickly.

Conclusively, goodness lies in being real. That’ll make him fall for you from the beginning to the end, and maybe get him to ask you out as well.

5. Have the Nerve to Ask Him Out

If you’re trying out your luck with a shy guy, then chances are that he might be hesitant to ask you out on his own.

Also, under that and under other circumstances, if you’re sick and tired, and the wait seems to be much longer than anticipated, then why not do it on your own?

I’ve been there, done that. It only symbolizes your boldness, and that, I perceive of, as a good thing. Bravery is a virtue. Embrace it.

Furthermore, he might get awestruck seeing the confidence being exuded from you and might not be able to resist the temptation to say YES! Who woulda thunk of it, mate?

Make him wonder. Take a chance. If he seems to “unsee” it, then don’t let your time get wasted on him.

You might be someone else’s Arabella- he might just want to “helter-skelter round your little finger and ride it endlessly.” Give someone else the chance they deserve if you don’t get yours.

All in all, I wish you have an enjoyable date. Cheers!