Ever since the beginning of time, women and men have indulged themselves in the debate and arguments regarding what they find unappealing and appalling about their counterparts.

Some might come forth with the comment that expecting someone to be perfect is unreasonable when you cannot meet the same standard ever in your lifetime. Although that’s true, it’s inevitable for people, in general, to criticise one another for the traits and attributes that someone might possess which they find absolutely ridiculous.

Our discussion today shall be centred on what guys find unattractive in women. And well, let me tell you at the very beginning that I am a female relationship and lifestyle blogger. Although the views mentioned below would be a general explanation based on the opinion of various men, however, since I will be explaining it in my own terms without subjecting it to bias, the outcome wouldn’t be a mansplanation or the promotion of misogyny.

Anyways, let’s stop beating around the bush and get into some real talk.

Here’s a list of 8 characteristics in women which men find unattractive and repelling.

Women love makeup, don’t we? But sometimes, even I have witnessed some women who completely “abuse” makeup.

Makeup is for accentuating your features, not for making your face appear as if it has been plastered with a cake of makeup.

Guys couldn’t agree more. They like it when women embrace themselves for who they are and what they look like. Whilst a little amount of makeup would attract them, a lot of it would scare them off.

While a little cute baby talk every now and then could be cute, talking like a two-year-old at all occasions would sound highly irritating. And so say the men!

I don’t mean to offend the women who have a soft, baby-like voice because if it comes naturally to you, you might as well flaunt it.

I’m just talking about those who pretend to sound like babies when they actually sound totally different if the dramatic tone was removed from their voice.

What’s a too short piece of clothing would be a relative term but an attire that exposes too much of your skin than that bearable by the decent human eyes would be the technical definition of a cloth that is too short.

Men are found to admire women who dress appropriately rather than those who show up wearing inappropriate clothes at random occasions.

You know how some women act like complete dummies when they are engaged in a conversation with someone they have the hots for? I don’t know why they act in that manner though.

If I were a man, I would find a women who would nod at everything I say as a complete bore. I mean where’s the fun in that? It would be like talking to yourself whilst looking into the mirror. You nod, she nods and the cycle continues.

Things would be a little better if they cross questioned about something but they just don’t. “Yeah’. “Yes”. “ I agree”. That will be all. You won’t hear anything else from her.

The opinion of majority of men was the same as well.

5. Women Who Take Too Many Selfies

It’s okay to admire the way you look and click a picture or two to cherish your beauty. Embracing oneself is highly empowering and I support it 100 %.

However, what I and most of the men get disgusted by would be women who take about a 1000 selfies whenever they go to a certain party or a gathering and what makes it even worse is that they post it on Facebook.

I wonder why people seek for constant validation from others. It’s sickening how people want to showcase their life and make it available in the public spectrum.

Most guys want privacy in their lives and that’s why they don’t find such kind of girls appealing.

It’s okay to skip a day a two without showering when you are sick or have caught flu.

But in most other occasions, when women skip taking showers or roam around with a disheveled mass of hair or other such tiny acts of cleanliness, men feel completely grossed out. And who wouldn’t?

I don’t even know where to begin. Cleanliness, sanitation and hygiene are the key attributes of your personality. You might be a world class leader if you are unhygienic, you’ll repel more than you attract.

And if you are one such women, get your life together!

Men absolutely loathe these kind of women. These are the women who appear to be someone else but are someone else if the mask were to be removed.

They pay attention to their attires and are all about bedazzling men with their appearance and sense of fashion. But they often seem to forget the saying that goes like – Looks attract, personality hooks! And quite tragically, they lack the personality to impress anyone, really.

So what they lack in personality, which is basically all of it, they try to makeup in their superficial appearance.

8. Women Who Lack the Basic Etiquette

Etiquette or mannerisms are a part of life.They form a part of your interpersonal skills and also play a major role in determining the way you treat yourself and others.

They say that a goodness in a man is reflected by the way he treats the wait staff at a restaurant. And similar is the case with women.

Most of the women are obnoxious and they hate other women for no reason at all. They are found to partake in the acts of demeaning other women and picking on them uselessly at several times.

While men may love a woman who is a diva, they will surely not fall for someone who is a devil.

So, to cut to the chase, if you are a meanie and a bitch, men will stay miles away from you.

9. Women who bully other women

Women bully someone else of the same kind to reclaim their desire for superiority. It isn’t only limited to bullying the fellow classmates or colleagues but also extends its roots to family bullying.

To make it even worse, some women are found to call their siblings or cousins in the family with offensive names without even realising the impact has on someone’s psychology.

Upon confrontation, however, they are the ones who act as innocent victims and try to deny doing so in every way possible.

Such an act of immaturity not only makes them look bad but also undesirable in the eyes of their male counterparts.

Those were some personality traits that men didn’t quite fancy about women. I hope you enjoyed reading all of it.

It is also important to point out that different people perceive different things differently. A trait that  you absolutely detest about someone could be someone else’s favourite thing about the same person.

I watched one of Priyanka Chopra’s interviews where she advised women to be fierce, feisty and flawed. What I found the most fascinating amongst her word of advice was the “flawed” part. Once we realise that we are all flawed, we can take a huge burden of claiming to be a perfect person off our shoulders.

If you are positive about making change then do it only if you are the driving force behind the recognition of the need for change. Please don’t change yourself for anyone in the world, no matter whoever it be. You are here to serve your purpose, not to serve what anyone else would find appealing.

As beauty lies in the eyes of the beholder, so does attractiveness. Just know that regardless of whatever someone says about you, you are amazing. Yes, you’re gorgeous even if you might not always feel like it but you are!

And here’s a quote coming from a beautiful woman of that will make you believe that you’re beautiful in numerous ways apart from the way you look.

I admire Audrey for her beauty and elegance, and the wisdom hidden underneath the lobes of her brain. As per her suggestion, your beauty is growing. Don’t let it fade by engaging in anything that is detrimental to your well-being. Listen to what Aubrey said!

Conclusively, if you found anything fascinating or disagree on anything, feel free to write to me. I welcome constructive criticism from my readers.

Thank you for sharing your time with me! 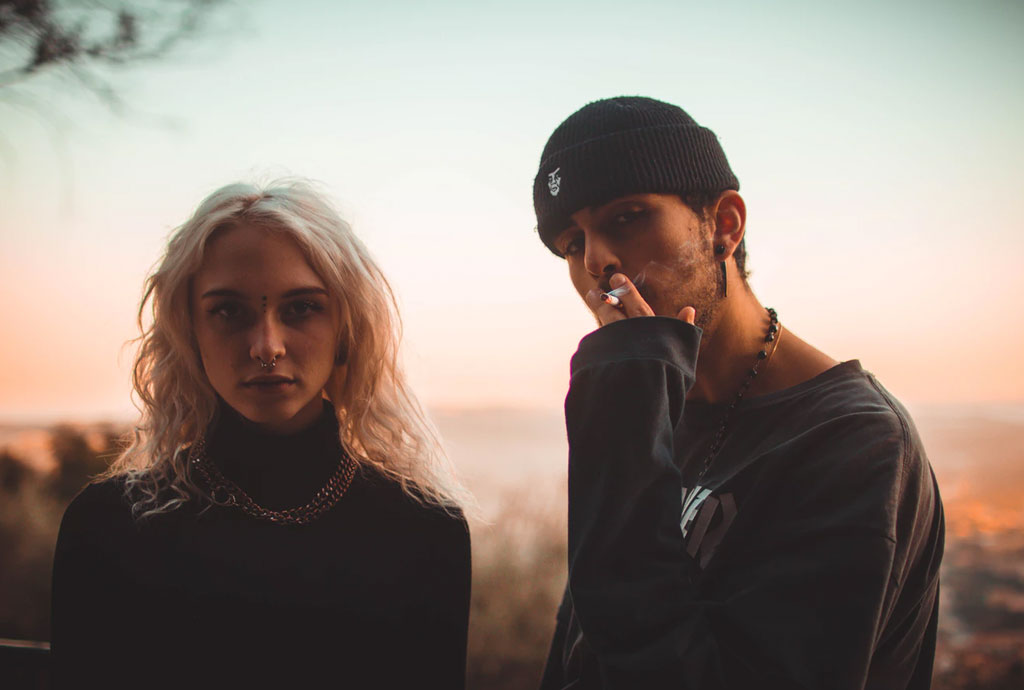