Not Every Woman Is Bisexual

I can’t express enough of my gratitude towards you for finding some spare time out of your tedious work-schedule to take a glance at my opinionated and a subtly prejudiced take on this subject of discussion concerning the sexuality of women.

I speak highly of transparency when it comes to expressing one’s opinions and so shall I rightly be when I say that my fury knew no bounds upon reading this sickening generalization about the sexuality of an entire race of women.

This controversial theory was advanced by Doctor Gerulf Rieger from the Department of Psychology at the University of Essex. “Even though the majority of women identify as straight, our research clearly demonstrates that when it comes to what turns them on, they are either bisexual or gay, but never straight”, Dr. Rigler said. Statistically, about 82 % of the women of the University of Essex, who were the subject of the research, exhibited the characteristics of bisexuality.

I would like to admire the audacity of the concerned personnel(s) for publishing an article which was likely to bring a wave of outrage amongst the global mass of feminists, egalitarians, the members of the LGBT societies and also, men and women in general. That’s all I can speak of highly about the research and its advancers.

With all due respect, I would want to raise a question and it would be the least of my intention to offend anyone whatsoever. The question is- how can someone holding the repute of a doctorate degree publish the findings of a research solely based on what turns whomever on?   I believe it is highly insensitive to confine the sexuality of women into the barrels of the vaginal sensitivity because from what I’ve known from my interactions with my bisexual and gay female friends, sexuality is much more than that.

I stumbled across a few articles based on constructively criticising the same research. One fellow Quoran had to say that it’s wrong on all grounds to generalize the sexuality when even saying “all women have both legs” doesn’t hold true. I also happened to go through the lines of an article written by a bisexual woman who said her heart was gay but her vagina was highly discriminatory. Ha! There you go! Looks like the researchers mistook the matters of the heart for being that of elsewhere. Apparently, they might have been thinking from the wrong head? No Offence!

This discussion is not over yet. I am one hundred percent positive that most of you must have gotten a grab of the message that I’m trying to convey. However, if you are still inquisitive and doubtful, I have a whole list of points to validate my argument.

Ergo, to those having a question of doubt and those who are in need of further clarification, I’m saying it out loud: No, Not Every Woman is Bisexual and here’s why it’s wrong to claim it otherwise.

1. It Adds to the Stigma of Male Sexual Fluidity

The idea of identifying more women or the entirety of women as bisexual makes it more socially acceptable for women who are hesitant to go through the “coming out” ritual. Since it adds a greater level of convenience to the bisexual women when it comes to coming out to their family and friends, it can be celebrated in a way.

However, claiming that women are innately bisexual makes it appear as if the concept of male gender queerness is flawed or abnormal in a way. It talks people into believing that the concept of male sexual fluidity is absurd and artificial whilst it’s not true at all. An increasing number of males have been coming out as gay, bisexual or non-binary in the recent times which itself proves this finding to be untrue.

Even on conducting the same experiment with men, it was discovered that the pupils of the male counterparts dilated upon being subjected to the naked videos of both men and women.  This proves that the concept of sexuality is less of a black and white subject. The claiming of this study about the bisexuality of women puts the gender queerness of the males to a shame and somewhat stigmatizes it.  Therefore, it’s not acceptable at all.

2. It Furthers Negative Ideas about Women

Blatantly saying that women are bisexual adds on to the stereotypes concerning women and furthers some misogynistic views that exist in the society regarding women.

As harsh as it might sound, us women have constantly been speculated for being the objects of beauty.  We are often objectified and exoticized. When asked to people of varying genders as to why they are attracted to women, there was a common answer- “because they are beautiful to look at.”

We look at paintings or a panorama of an exotic scenery and that’s what’s beautiful to look at. Saying that women’s bodies are aesthetically pleasing to look at is nothing short of objectifying women. I mean, how does one define beauty? A slender bodied, long legged, fair-skinned body? Are we just bodies that would please men or are we available for all sorts of exhibitions for men to look at us and then feel glorified and pleased in a way. Do you get how wrong it sounds? I hope you do because if you don’t, then something’s wrong with you.

3. The Sole Usage of the Word “bisexual” Overshadows Other Monosexual Orientations

As I mentioned earlier, sexuality is not something that’s black and white. A wide range of sexual variations lies in the gray-zone. By claiming that all women are “bisexual”, the research fails to acknowledge and address the other underlying concepts of sexuality- be it pansexuality, non-binary or even asexuality.

Maybe the research purports to form a blanketed concept of sexuality by including all the other forms of sexuality within the definitive boundaries of bisexuality, but tell me, is that right at all?

Although it would shine a light on bisexuality, it would totally overshadow the visibility of other transsexual and non-binary people in the society. Also, using it to define other polysexual orientations puts a shadow upon why people choose to identify with the other terms instead.

4. It Invalidates the Actual Bisexual People

There’s more than just a thin line between actually identifying as bisexual and being straight whilst occasionally being aroused by the images of same-gender intimacy or exhibiting the signs of the same-gender attraction.

I am acquainted with some bisexual people and I know the struggle they undergo, starting from the phase of discovery through to coming out as being bisexual. The discrimination just gets worse over time because of the conservatism prevailing in the society.

Whilst such form of injustice is being openly practiced in the society when it comes to accepting their sexuality, saying that “everyone’s a little bi” or “every woman is bisexual’ further trivializes the situation.

I am a straight woman and I can say with absolute certainty that I have never been rejected by my fellow straight male or female counterparts and neither have I been shamed as an “attention-seeker” nor has my relationship been called as something less real. But these are some common forms of discrimination faced by the bisexual people. Well, I wouldn’t own up to something that I have never been put through and no other straight man or woman should do so, for that matter.

Bisexuality is a gender orientation that some people identify with. Let’s display an act of civility by not making it a topic open for a discussion or a research because only the people who identify with the term shall accurately explain what being bisexual actually is.

I wonder what the researchers would have to say about some weird fetishes that people have. Let’s face it. People actually, really and 100% affirmatively have weird fetishes. I have heard people say that they are sexually attracted to cars, trees, and whatnot. Yes, dear researchers, it happens in real life. It’s not just a figment of anyone’s imagination. People actually have fantasized or even done the deed. Do you have a valid reasoning for it? Or would you just turn a cold shoulder on it and define it as yet another version of “Bisexuality”?  Now apart from being a person to person orientation, would you label it as being a person to an inanimate object orientation?

Things like sexuality are far more complex than they really seem to be. It differs from person to person and just like we accept the black and white concept of a male and a female gender, we should dive in the gray-zone and accept all other forms of sexuality that lie therein.

We are all our own versions of beautiful ( and handsome!) regardless of our sexual orientation. With that being said, it’s acceptable to be whoever you want to be. This is a free world. You are free to explore your sexuality. It’s totally and perfectly alright if you are bisexual, gay, asexual, non-binary or any other form of gender fluid.

No one has the right to take measurements or conduct researches about someone else’s sexual orientation. It’s horrendous to generalize the sexuality of an entire race based on the research based on a sample of some hundreds of people.

Let the research be. The findings don’t define you. It’s you who has the ultimate power to define yourself- let no one take it away from you! 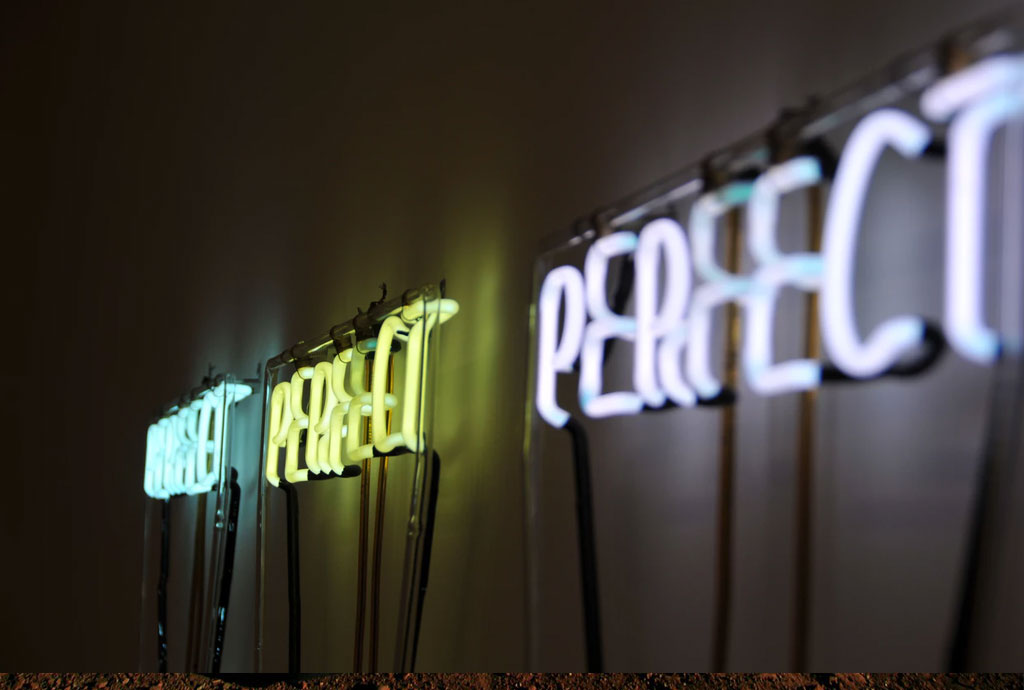 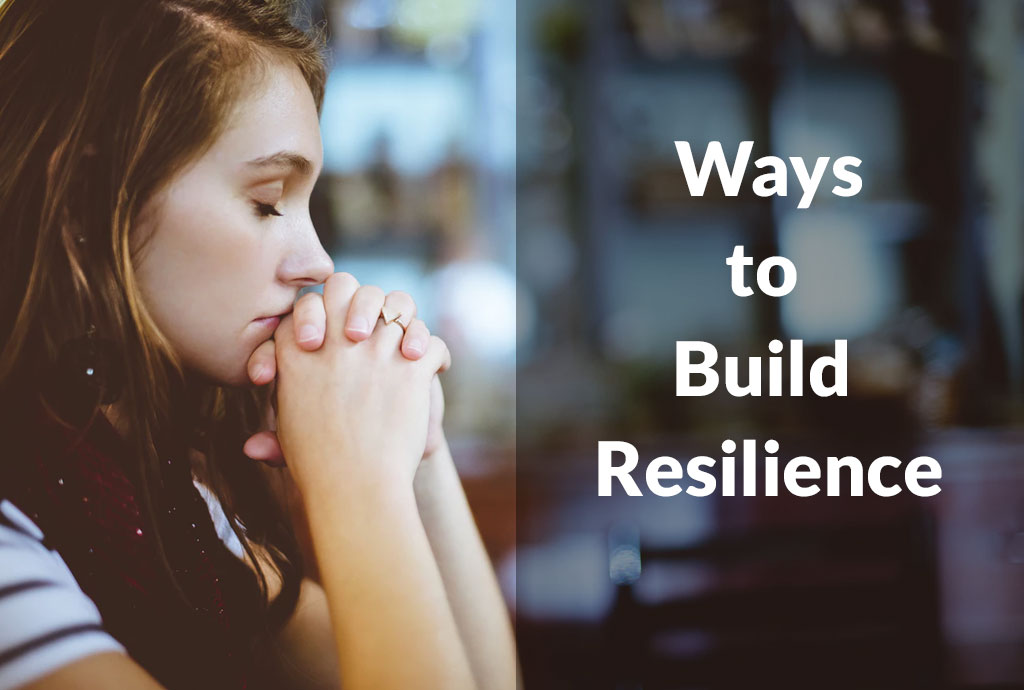