Welcome to my blog!

Since you are here, I presume that you are either fighting the urge to get married, seeking suggestion to impart to a cousin or a relative who is too young to realise that they are making a mistake by getting hitched way ahead of time or simply looking for a like-minded person who shares the same view of considering marriage somewhere in the 30s as you do.

Whatever the case be, I assure you that you’ve managed to land on your desired side of the web and that you won’t be disappointed.

Marriage is an institution comprised of sanctity, commitment, compromises, faith, and promises. I’ve seen many people who remain happily married with their partner all throughout their life. I’ve also heard and overheard the conversations of married men and women discussing their infidelity. I’ve sensed the trouble in the paradise of my next door neighbor. All in all, I’ve evidenced the good and the bad, the best and the worst, and hence, I’ve come to a conclusion that I won’t tie the knots until I’m 30.

What are the advantages of getting married later in life? Is 30 too old to get married? What could the benefits of waiting to get married until your 30s be? Hold your horses! My listicle has all your answers.

1. You Know What You Want

30 is still young an age. But by the time you are in your 30s, you will have grown as a person. You’ll have seen much of life more than you’d have whilst you were in your 20s.

In your 30s, you are capable of differentiating between the rights and wrongs. You have the thought in your mind that whatever you get involved in has to pan out as planned. In order to live up to your expectations, you’ll make a wise decision as to who to marry or if ever to get married at all.

By then, you will yearn for stability. You won’t want to mess around but rather make things work by focusing on each step with care and caution. Your emotional intellect will guide you towards who and what you want, and maybe you’ll have your happily ever after!

2. You’ve Learned to Manage Your Finances 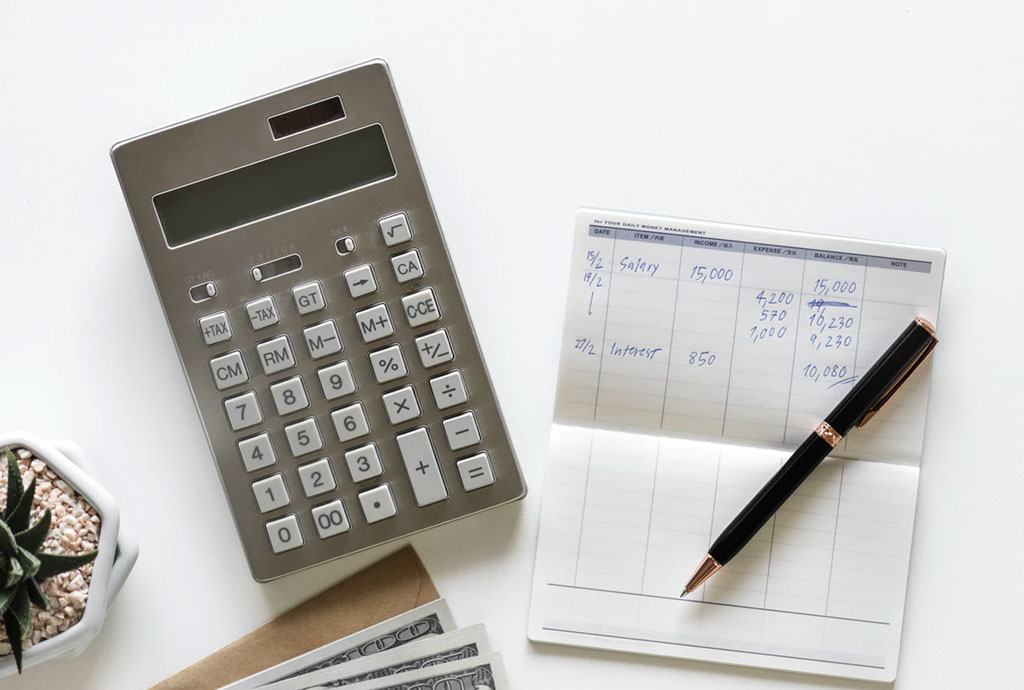 I’m graduating next year and finance is my major. So, I’m aware of all the complications that one has to deal with whilst taking care of one’s own finances. Well, that, and a tad bit of life experiences, has enabled me to deal with my finances.

Whilst taking care of our own expenses proves to be quite exhausting and tiresome in our 20s, how would we take care of a joint a/c or keep track of expenses made by our partner to assure that we don’t have to deal with the cash flow issues sometime later in the future?

Looks like emotional maturity isn’t the only thing that factors in for having a successful and happy marriage. Finance plays a crucial part too. I’ve heard of a countless number of failed marriages on grounds of being unable to handle the finances. I know that, on top of everything else, I’m not “financially mature” to deal with the financial complications that might arise in a marriage.

So, I’d rather wait than get married now and experience the financial woes some time sooner.

I’m not talking about your favorite contestants in The Voice USA. But since we are already talking about it, I’m Team Adam, and you?

In your 20s, you are under an enormous pressure exerted by your friends or family about anything to everything. There’s a stereotype that you should follow whatever others follow without knowing who is in the lead. And you won’t have an option other than queuing up and following whoever leads. I said that you won’t have much of a choice in your 20s because you have some sort of dependency on your parents and the rest of the family- whether it be financial dependency or the want of being protected by your parents’ guardianship.

But by the time you are in your 30s, your life will have been sorted out in more ways than one. You won’t have to follow the crowd. You can rather stand out from the crowd and pave your own pathway. Your newfound voice will then guide you towards making right decisions regarding marriage.

4. You’re More Secure in Your Career

We have dealt with emotional and financial maturity. Now is the time to discuss the sense of security in terms of your career.

Let me begin by giving you a little backstory. My life began with a whim to be a medical professional. Without even realizing the customary responsibilities of being a doctor, I became obsessed with the profession. I even attended some preparatory classes. It was only then I realized that it wasn’t my calling. I followed wherever life led me to  and landed on to pursue a career in accountancy. The graph hasn’t exactly been consistent but I’m content with my decisions and happy with my life.

Had I gotten married then or even now, I’d have a shit-ton (excuse my language!) of responsibilities to deal with. I’d be expected to be responsible and take every step with caution. I’m not ready for such kind of pressure yet. So, I won’t get married now or anytime soon until I reach the golden age of 30.

Preparing the mindset to conquer the world requires practice. Whilst we idolize most of the public figures who seem to be way mature than required of their age, let’s face it, we are nowhere near reaching that headspace in our 20s.

Self-confidence requires confrontation with fear and realizing that it is just an illusion. It involves the practice of choosing to imbibe the positive vibes and shield oneself against negativity. It requires the patience of dealing with people who dismantle your mental stability. It involves learning the art and having the desire in the mind to touch lives every day and spreading a positive message across the universe. This is just my version of self-confidence. I’m taking each step gradually and focusing on the effort.

In your 20s, you explore all the essentials you need to acquire to have self-confidence and develop it within yourself slowly and gradually. Decisions taken before that are most likely to turn against you at one point or the other.

So, don’t decide on getting married at a haste. Just wait for the right calling!

6. You’ve Had Time to Live Alone 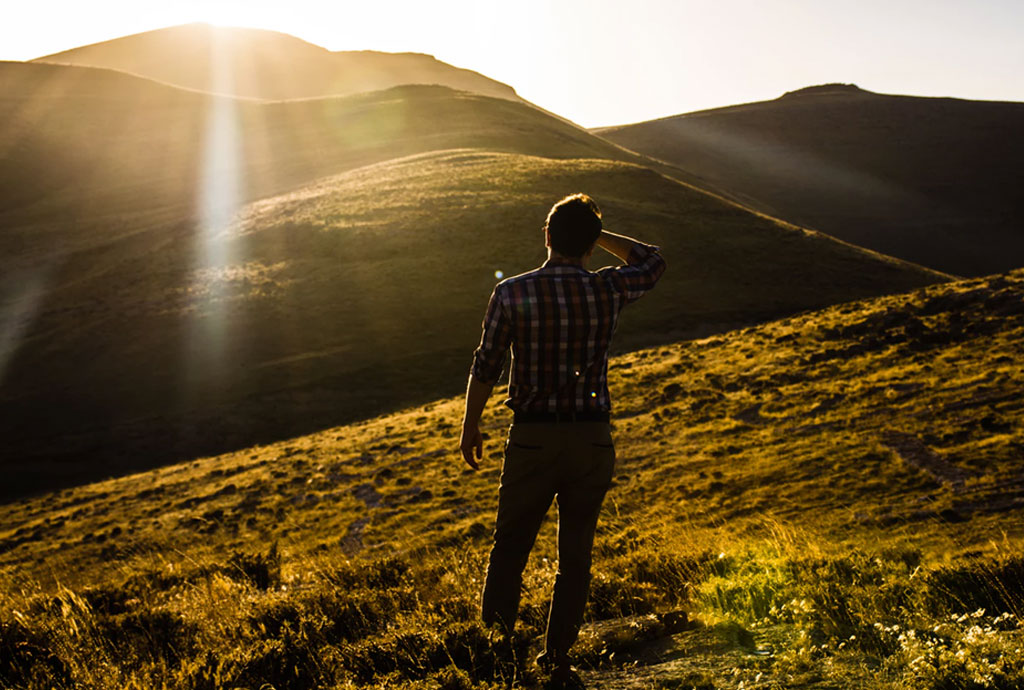 Whether it be by being in a live-in relationship with a fling or sharing the flat with a flatmate, you’ll have become a responsible adult by your late 20s. You will have been equipped with all the know-how.

You’ll be able to deal with no matter whatever comes forth along the way of life. You’ll have it in you to live a life full of substance by living on your own terms. It will give you a moment in each day of your life to reflect on who you truly are, what you could do to grow as a person and be a better person than you were in the yesteryears.

You’ll have mastered the art of making decisions guided by logic rather than emotions.Such decisions are bound to be right. Only then will you be ready to get hitched.

7. You’ll Have Had a Lot of Experiences

Of hugs and kisses, of heartbreaks and togetherness, of friends and foes, you’ll have learned to have a better perspective on life and the lives around you. You’ll have fooled around and learned that it isn’t exactly a wise thing to do. You’ll have made a fair share of mistakes and learned your lesson the hard way.

You’ll have experienced a half a decade more of life than what you’d have experienced if you got married in your 20s. These experiences will mold you into a wiser and a better version of yourself. With these life experiences and lessons, you’ll live the rest of your life being true to yourself, and just then marry someone who you think might be a perfect partner to help you live the kind of life that you want.

Your 20s are all about indulging in your whims and desires. Doing so will eliminate all the possibilities of future regrets of not having done something in your 20s that you really wanted to try out. By the time you are in your 30s, you’ll have grown fully as a person and explored all you ever wanted to explore in solitude. You’ll not have to be less than satisfied with anything at all.

Apart from that, you’ll get a chance to grow in unison with your partner, blending the maturity that both of you have gained from your own life experiences, and create a happy and stable family environment for yourself and the generation that follows.You’ll know when to talk and what to talk about. You’ll get a chance to connect with your partner and understand the essence of having stability in a marriage, having seen the marriages of people around you fall apart because of the immaturity of one or the other.

For all these reasons, I believe that I deserve to live on my own terms for a certain fraction of my life until I am ready to get married. There are so many things on my to-do list that need to be crossed off, and I can surely not afford to ditch them to get hitched. I also want to assemble beautiful memories of togetherness with my friends before any of us gets married and gets tied to the chains of a marital life.

Not Every Woman Is Bisexual

5 Relationship Lessons from How I Met Your Mother

20 Quotes on Letting Go of the Past