7 Secrets of Attraction More Powerful than a Secret Love Potion

I would define myself as a voracious reader. Reading forms an integral part of my everyday life so much so that even when a pile of bulky books is on top of my head, I find pleasure in reading literature when I take mini-breaks.

Upon my journey of reading novels, I came across Kafka’s works. I am currently reading “Letters to Milena” and the opening sentence of the book, particularly from the preface, seemed to be relatable to today’s topic of discussion- love and attraction.

“Writing letters…means to denude oneself before the ghosts, something for which they greedily wait. Written kisses don’t reach their destination, rather they are drunk on the way by the ghosts.” I say same is the case when one has the “truly, madly, deeply” moment whilst they fall for someone.

When you fall for someone, and then someone new again, you share the bits of your emotions and soul with them and intentionally or unintentionally, you become an open book to all of them, combined.

Love is an indecipherable language and so is an attraction. And at often times, it’s difficult to actually make a comment on which outweighs the other. Whilst love is thought to be the strongest emotion felt by the living beings, the attraction has a significant role in its hand as well. It would be right about justified to say that both love and attraction act simultaneously, the resultant outcome being the selfless love.

On a personal level, after going through a couple of heartbreaks in my teenage years one for which my imbecility was to blame and the other for which my naivety, I have decided to be a celibate till the time I tie the knots. As Priyanka Chopra said in her interview with LondonReal, “ Apart from Beyonce, I am destiny’s favorite child.” Count me in, eh! I believe in the happily-ever-afters, in destiny and in the idea that there is someone, my “Dear No one”, in this planet who is made for me and who shall accept me for the way I am.

But your belief might be different to mine. As the saying goes, whatever floats your boat!

Today’s topic shall be centered towards the intensity of love and attraction and the instances where attraction could actually outweigh the power of love.

Below is where the mystery unfolds!

1. Men Are More Patient Towards Women than Women Are with Men

It has also been scientifically researched that men are 80% more likely than women to go on a date with someone who they do not feel the chemistry with, not yet, at least.

2. Our Voice Changes When We Are Attracted Towards Someone

This one is an absolute no-brainer.

Research also suggest that both the sexes are likely to lower the pitch or tone of their voice when they are somewhere near or with someone who they have hots for.

Most of the independent raters are of the opinion that the low tone as an outcome of the influence of the potential or actual crush/ fling is way more attractive than how they would sound normally.

3. Humans Are Hardwired for Premarital Sex

Now here comes again the time to talk about our individual preferences which doesn’t seem to be a matter of preference as much as it is a matter of hormonal fluctuations.

When I talk about celibacy, I imply channeling my sexual energy in doing something productive like strength training or doing a couple more cardio repetitions. As plainly as someone could have quoted it, Sadhguru said it’s all about not allowing your intelligence to be hijacked by your hormones.

With that being said, it looks like human beings are pre-programmed to have sex before they get into a marital relationship. I am not uttering this out of mere nuisance but on the basis of a research which suggests that 9 out of 10 people had sex before marriage in the 1940s which could be equivalent to about 90% in the modern-day era.

They say, “Beauty lies in the eyes of the beholder.” Whilst one might have their own perception about this definition, research not only back this up but also indicate that beauty is hard to ignore. And that’s exactly where attraction plays its part.

When a certain number of subjects were asked to attend a challenging task without letting their attention deviate elsewhere whilst ignoring faces that appeared in front of them, most of them found the attractive faces more distracting than the unattractive ones.

5. Women Find Themselves Attracted to Men with Dogs

It might sound like a cliche but it has been found that women actually find dog-owning men more attractive than those who didn’t.

Not only so, it has also been evidenced that a whopping 3 folds more women were found to give away their phone numbers to men with dogs than the men who didn’t own dogs.

6. Men Prefer the Lady in Red 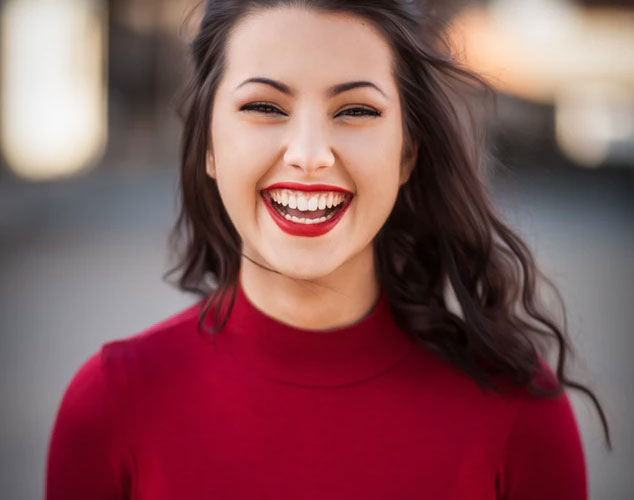 If you think that things have started to get weird, you should hear more.

It appears that men are drawn towards the women clad in a red attire. Upon further observation, analysts and researchers discovered that men were found to engage in deeper conversations with women who wore red. And let me tell you, it’s not about the style of attire because men were attracted towards women wearing red even when another woman was wearing the same dress of a different color.

I don’t know if it’s got something to do with the wavelength. Anyways, ladies, if you are dying to get someone’s eyes laid on you without having to wear anything sultry, you’ve got to try the color RED.

7. Women Really Do like Men with Wealth and Prestige

People, particularly women, may chant the slogans about gender equality time and again but when it comes to choosing over the men of high social class and the one of not such a comparable status, women were always found drawn towards the men bearing the formal status.

Quite interestingly though, men were found to be drawn towards attractive women, rich or poor, regardless of whether she rode a bike or drove a Ferrari.

Well, as shallow it might sound, it won’t be illogical to say that if you are desperate enough to draw someone’s attention, you might as well try the aforementioned tactics. You never know what might work but if you think it’s worth it, give it a shot.

While the color red or the dog or anything of an aesthetic beauty might make someone attracted towards a certain someone, it takes a lot more than that to make them actually fall in love with the same person.

Well, to me, intellectuality, generosity, fitness, positivity, and zest for life are the must-haves in the list of the qualities that a potential life-partner should have. These are the absolute deal-breakers. I wouldn’t want to spend my life with an incessant whiner or someone who would bring a whirling wind of negativity into my life.

I am a spiritual person and being in love, now onwards, would mean investing my emotions into someone with whom I see a prospective future.

I might have fallen in love on first sight when I was a teenager or fallen for someone out of vulnerability without being conscious of my awareness, but now it would take a lot of introspection to analyze and successfully differentiate between the loose end threads of infatuation and the binding tapestry of love.

And you never know what the fortune cookies might hold for me or you in Tomorrowland. My life could be a dramatic and eye-pleasing musical or I might be a successful 30-something entrepreneur still looking for the right man. But I would want to live in the moment.

To those of you who are reading this article, I would like to request you to never settle for anything that you are unworthy of when your mind constantly tells you that you are meant for greatness. Build the fire in you, under you. Don’t let it escape your soul. And always listen to your mind because emotions often lead to indecisiveness.

To add further, don’t let your guards down just because you feel attracted towards someone. A person is much more than the way he looks, deceptive or assuring, you will only know after further exploration and contemplation.

But if you have a mindset like me and are still on an endless journey of discovering yourself, take time to do that because your soul deserves it. Take time and spend energy in cleansing your soul for what lies beyond is the greatest and best version of what and how you could be.

Whatever the case might be, I’d want to end this listicle with a fragment of lyrics from one of Little Mix’s songs: “Spread your wings and fly!”.