The idea that men and women are like the opposite poles of a magnet and that there exists an irresistible and undeniable chemistry between the two races is nonsensical, especially in the context of the modern day world.

I am a believer of the phrase that says “Men are from Mars, Women are from Venus”. Having read the book ( I am not a marketing agent of the author, so hold your horses), I realized how complicated both the genders are.

This is how it all starts: A man goes to a pub where he meets this attractive woman. He approaches her, they enjoy each other’s company, get involved in a one-night stand and they part ways. However, if Cupid comes into play and hits them with the love-arrow, a connection might spark between them. And still, there’s no guarantee if things will turn south-hill or take a positive course thereafter. But what’s a life lived without taking risks?

Men exercise their wit in determining the category where a woman would fit into their life- a one-night stand, a friend, a lover. Many women, no matter how attractive they be, fall in the first two categories. What could be the reason behind it?  I’ll tell you.

Men analyze in every possible way- from the way you look at the way you walk and talk. The aura you emit plays an important role too.

Have you been craving the attention of men and are looking for a way to be the woman that a man would fall for? If that’s the case then I will equip you with all the required techniques.

Here’s my list of 5 things that women do to attract quality men:

1. Communicate Directly Without Being Overly Emotional

Being overly emotional can prove to be counterproductive because men often want a woman who handles things in a calm and composed manner, and not Taylor Swift’s enactment of a crazy girlfriend in her music video of “ Blank Space.” Do you remember how men run away from her just after a brief period of dating? That’s likely to happen if you are the over-reactive one who screams and shouts at him when the same problem could be resolved in a peaceful way.

Men hate drama. If you act dramatic and make the mountain out of a molehill, he’ll try to avoid getting into fights with you by avoiding you altogether.

2. Take Care of Yourself

You can’t give what you don’t have. If you lack self-care, men will view you as someone who won’t take care of others, too.

If you honor yourself, so will men. Take care of yourself. Workout, meditate, nourish your body. It will reflect that you have high standards and you will attract similar kinds of men.

You can figure this out by answering one simple question- “ Would you date a woman having a disheveled mass of hair or one who has well-combed, shiny, healthy hair?” Gracias, disculpe!

3. Expect to Be Treated Well

Demand what you want in terms of your man’s behavioral aspects and chances are that he’ll respond positively, and bring a change within himself.

Look for signs that might help you in deriving a conclusion of whether or not he is a well-behaved man or has gentlemanly traits.

They say the best way to see the real picture of a guy’s behavioral attribute is by looking at the way he behaves with the waiter in a restaurant. Also, listen to him and see what he has to say about his female colleagues or his family. These will suffice.

When you’re done with your analysis, if you think that he puts on a good behavior then yay! But if the contrary comes to be true, nay! However, don’t lash out at him. Explain things to him calmly, give him some time to absorb your words and then he shall start behaving in a good way right after.

4. Be Okay with the Idea of a Boys Night Out

Being in a relationship doesn’t mean that you have to space out your friends from your life. Other personal relationships and friendships must be equally valued too or else when you’re bluer than a bruise, there will be no friend by your side.

Allow your partner to have the nights out with his friends. This shows that you trust him enough to let him spend some nights without you.

In the meanwhile, you can hang out with your girlfriends and get to know what’s brewing in their lives. In the end, you’ll prove to be a good lover and a good friend, so it will be a win-win case for you.

5. Tell Him That You Want to Be Exclusive as a Couple 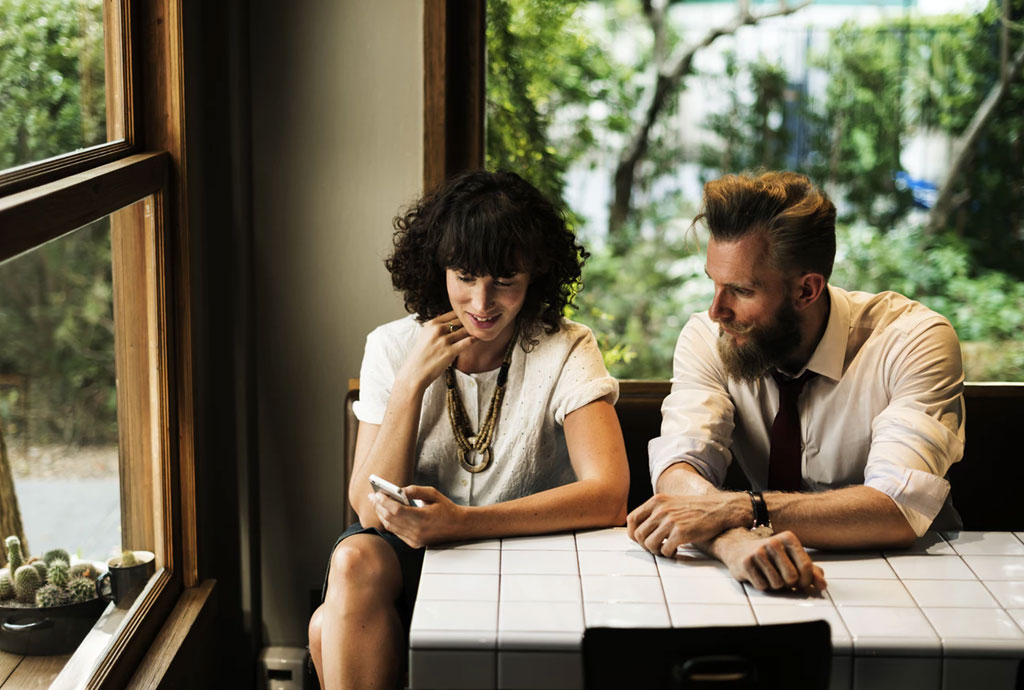 It’s a yes, or a no from his end that would determine the future of your relationship.

Don’t let him sleep around with other women whilst you are seeing each other. Get to know what position you hold in his life. The best way to know if a man means business is by putting off sex. A man who wants to get to know you will wait for it because he is wowed by the entirety of your being. A man who just wants to get laid will step back right away.

Don’t let him fiddle around in the grey zone. Let some time sink into your relationship and set some ground rules if you want to see whether he is a quality man, or a man-whore (excuse my language!).

Men pay attention to all the minute details in women. You never know when they get turned off/on.

It’s an instantaneous reaction if that makes any sense at all. To tackle the mixed signals, all you can do is be the best version of yourself and oh, well, be dateable for the least. That shall cast the magic and you shall be in the arms of whoever you’d want to date.

Follow these advice and see how men start viewing you differently.

Thank you for sharing your time with me.